A New Sound : Meet the Hosts of Radio Bilkent's The Good, The Bad and The Ugly 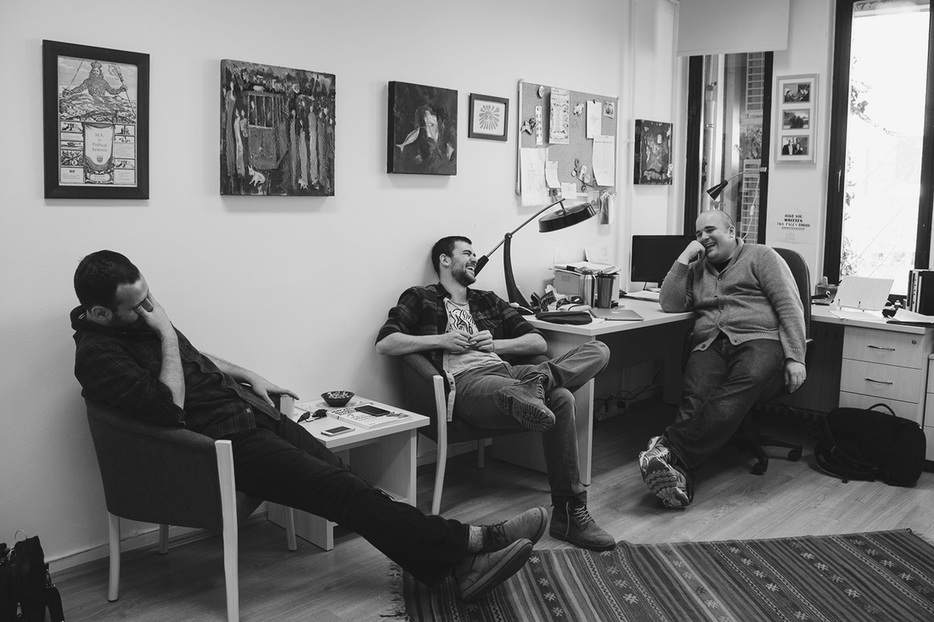 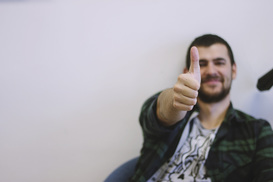 Ozan Telatar, is a Bilkent graduate and he dabbled in Radyo Bilkent during school. He is good friends with Sarp who brought the idea of a radio program in Corvus Pub at end of last summer. Sarp originally asked another friend, some other Bilkenter named Berkcan, but he jokes how his heart was set on Ozan. “We didn’t do much of a meeting.” Ozan says. I ask if it was spontaneous and they all nod in agreement. Once again I’m watching them fall back into their natural conversation while they mock Ozan’s interests. He says he’s reading Aldous Huxley’s Brave New World and me and Can joins the conversation while Sarp searches the book on Wikipedia. I say I’m feeling like I’m a part of the show and Can says “that’s the deal with our program!” I remember what he said to me before, “we had fun chatting so we thought lets do a radio show!”, indeed, the show is basically three guys chatting about the things they love. That is what makes it feel like you are having a beer with friends while listening to them. 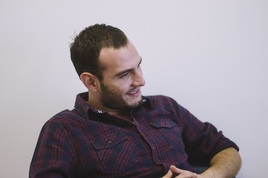 Şamil Sarp Dağçınar, or Sarp as how his friends refer to him, is a grad student in Bilkent International Relations department. I’m let into the joke as everyone makes fun of how Sarp is a big fan of Thomas Hobbes, a British political philosopher. I ask him about his interests, since he’s more or less the brains of this operation, so any insight might give me a hint as to what to expect in future shows. Sarp starts with “I’m a lazy man” but Can intervenes by saying “this program wouldn’t exist if it wasn’t for Sarp.” Indeed he is the experienced radio host who is a professional radio host when it comes to it. I ask if he is more of a “fine arts” or more of a “voice of the public” person. He responds with “the laziest way possible. Hustling, that’s what we’re doing here” he says and everyone laughs. I jokingly note “immature” next to his name and he’s not bothered. I am slowly left out of their conversation as they start jumping from topic to topic once again and at some point I’m scolded by Can for checking my phone. I urge them to come back to the interview and it works for the first time. 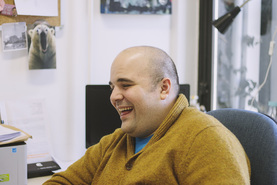 Can Emir Mutlu is an Assistant Professor in Bilkent International Relations department. He says he’s interested in rowing and sailing as I cut in and ask him to reveal his inner nerd, as I know he’s into coding and science-fiction also. He says he loves talking with his co-hosts all the time and the program is a direct reflection of their friendship. Can says he wanted to have a more serious show at first but the show created itself in a way, as he hates the music in Radio Bilkent which he blames Sarp for. “I wanted a program where we can play good music” he says. Sarp adds how he believes their style is more like Radio ODTU than Bilkent. They all agree their purpose is to have fun and Ozan says the best part of the program is that they are free to talk about whatever they want, a freedom Sarp’s connections in Radio Bilkent provides.

When I ask about the challenges of making a program on a university radio they tell me they are careful about they way they talk but since Radyo Bilkent is a student ran enterprise they have a lot of freedom. Can points out since he’s part of the academic staff, he can’t talk as freely as the others. But for the people who took his classes, including me, his tone is completely different on the show. Hosts joke about how they want Acun to listen to the show, but later reveal their target audience is 20-35 age group who have similar interests to them.
​
The topics they use for the program change every week. They talk about space, James Bond, urbanization and many more other things. I ask them what kind of themes we can expect in the future, they say they have a lot of ideas. Adding a spots or news segment is also a plan. Ozan adds “if we ever run out of topics we can talk about how we run out of topics to talk about!” Finding relevant songs for these topics is not an issue for them since all three know a lot about music. They even share Spotify playlists of the songs they play on air which can be found under “GBUbilkent playlist” name. GBU is a very social program, they read the comments of listeners from Twitter under #gbubilkent tag.
The Good, The Bad and The Ugly is on air every thursday night at 8pm, can be listened from Radio Bilkent at 96.6 or Radio Bilkent website.
​You can follow @canmutlu on Twitter for news about GBU.