​Korean Culture Spreads Out in Turkey: Opens in Turkey! 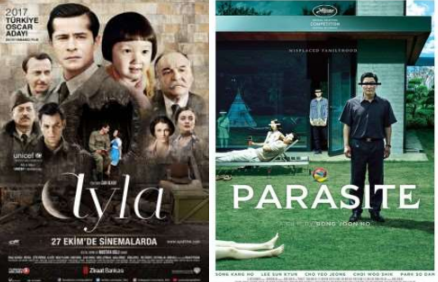 The movie <Parasite> directed by Joon-ho Bong opened in Turkey on 1 November. This
movie won the Palme d'Or award at this year's Cannes Film Festival which is the first
time in South Korean film history.


Unlike K-pop and K-drama, Korean films have yet to have that influence. Korean films have been shown at Turkish cinemas once a year. It was all about the history between the two countries, and it is hard to find a movie which can feel Korean culture. However, with the steady popularity of K-pop and K-drama in Turkey, there are a lot of younger generations looking for the Korean film . This movie has been released for 3 weeks, however the seats are full or sold out. 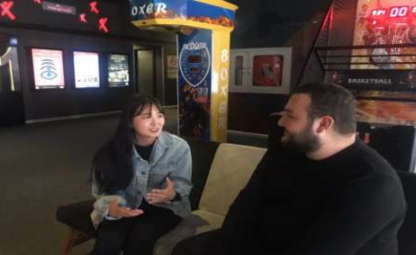 The movie is that: Touching on the universal problem of class-imbalance in South Korea, the director shows a shocking and dramatic thriller as well as a sharp and social satire. In other countries, the movie is receiving positive reviews for its Korean-style work. However, some Koreans worried that it is expressed directly and brutally about people of the socially disadvantaged class. So I interviewed the reaction of local people who watched this movie in Turkey.

First, I met an exchange student in Bilkent University whose name is Can. Now he is taking
"Korean" language class. He loves Korea so he is preparing to get a job in Korea. The reason
why he fall in love Korean culture is K-drama. He said he got to know Korea through Korean
dramas and was interested in the characters and backgrounds in the drama, so he decided to
study Korean and get a job. But he has never seen a Korean movie before, so I watched a
Korean movie with him and then had an interview.

Can, Exchange student from Netherlands
I was so glad I watched this movie. This was the first Korean movie I have ever seen, but I
am already familiar with the Korean film industry. I have seen several K-dramas. And I think
this movie proves how well developed the Korean film industry is.
First of all, Turkey and South-Korea have a really good relationship since decades. So it is
more than normal that Korean movies are released in Turkey, and also vice versa. Secondly,
the Korean film industry is well developed. For instance, this movie is an award winning
movie… If we combine that we the globalization in our time, it does not surprise me that
Korean films are released worldwide (and in Turkey)

The second interview is Zeynep, a Turkish student living in Turkey. She was not interested
in Korean culture. She likes watching movie and she knew that the Korean movie <Parasite>
won the Cannes Film Festival. She said the movie made her interested in Korean films.

Zeynep, Full time student from Turkey
I think the movie was amazing in many aspects the first thing that made me to go the movie
was awards actually. Movie has a really high internet movie database(IMDb) score and also
has Cannes Film Festival. But I wasn’t boring like other festival movies you know. It was an
artistic movie but not a boring one. The topic was also different from any other movies that I
have been saw. I think Korean people are really good at making films and I am really happy to
have chance to watch it at the cinema. Korean people have different perspective than
Hollywood movies which makes them unique and different.
Through these interviews, I hope that Korean films will also bring about one big Korean culture
market, as much as K-pop and K-drama. As a movie, <Parasite> which shows Korean culture
for the first time in Turkey, makes Turkish people shocked. Unlike the beautiful and romantic
K-pop and K-drama, the movie is about the lives of the underprivileged in Korea, so they could
feel another side in Korean culture. Following K-pop and K-drama, K-movie will be also
widely known in Turkey, expecting Turkish people to get closer to Korean culture in more
diverse ways.